Daniel Haynes (1828-1913) came to the new railroad town of Sealy in 1881. In 1885 he invented a process and a machine to manufacture a felted cotton, non-tufted mattress. Trademarked under the Haynes name, the mattresses were sold throughout the country and soon became associated with the name Sealy. In 1906 Haynes sold his patents to another company, which adopted the name Sealy. Haynes opened a new mattress factory at this site in 1909. It remained in operation after his death, maintaining its reputation as one of Sealy’s primary industries until 1976. (1991) 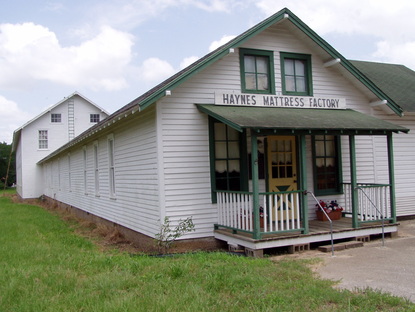