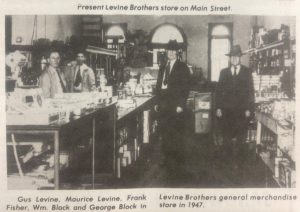 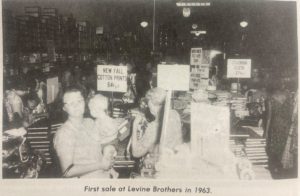 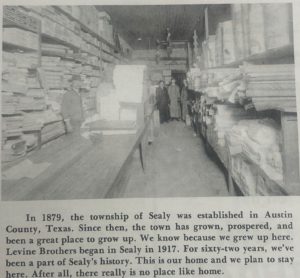 In 1908 Otto Albert & Son opened a general store here. In 1917 it was purchased by the Levine Brothers which was when they changed their name to Levine Brothers. To implement their plan to become a complete “supply house” for Austin county, the store was remodeled and enlarged in 1928.  At this time Maurice Levine had joined his brothers in selling groceries, hardware, feed, fabrics, and clothing for the entire family. A major change occurred in 1966 when the grocery area was phased out and the store was remodeled and modernized to sell only dry goods. All of the clothing areas were greatly expanded at this time.- The Sealy News 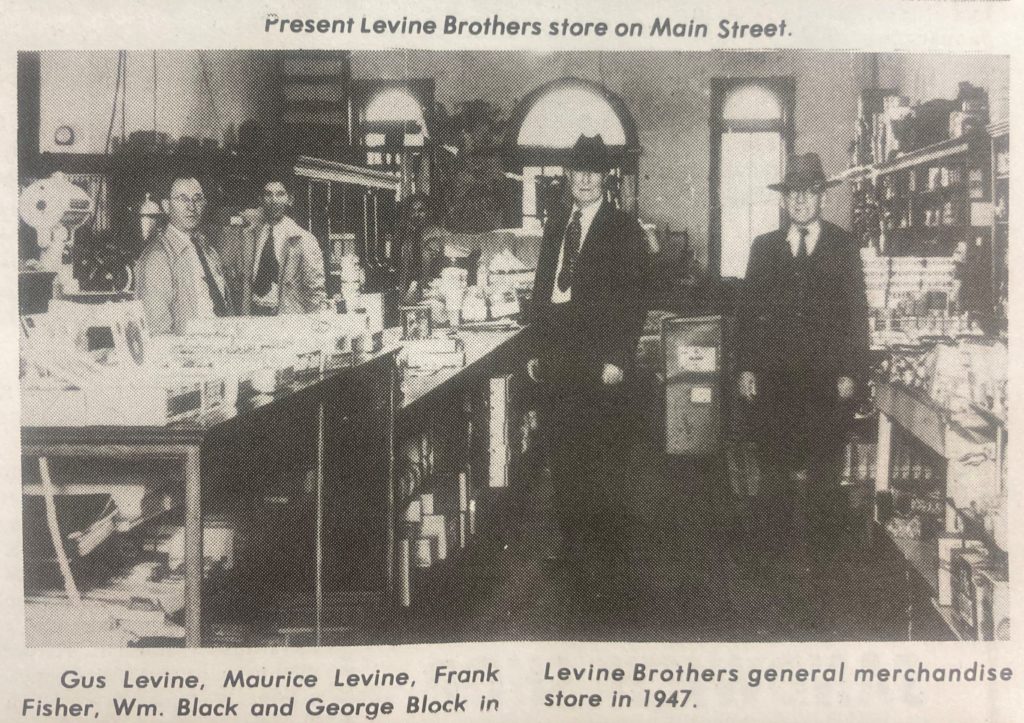 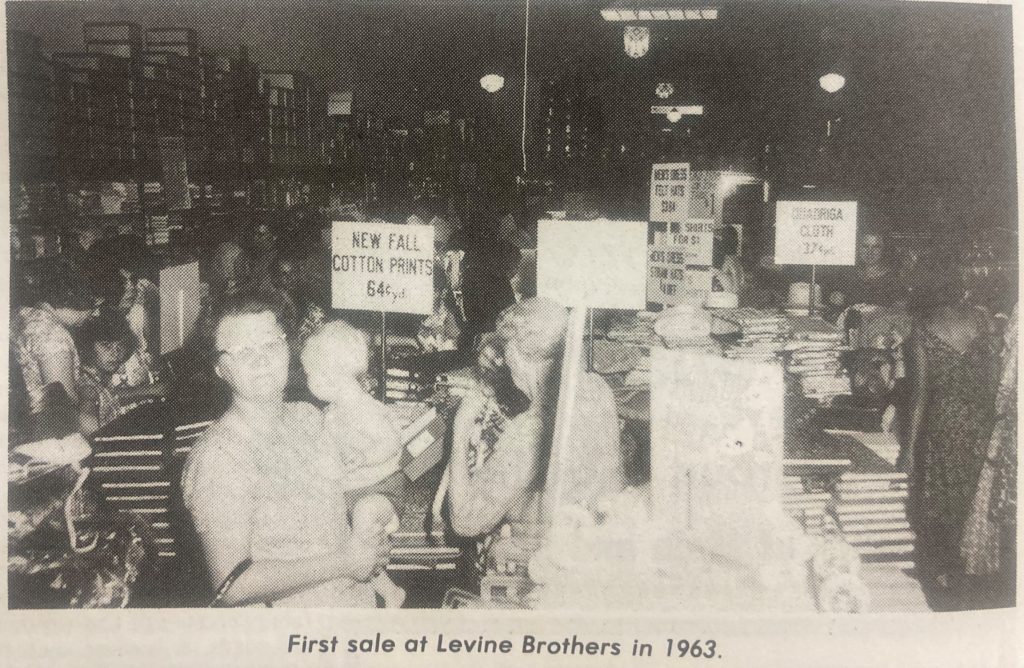 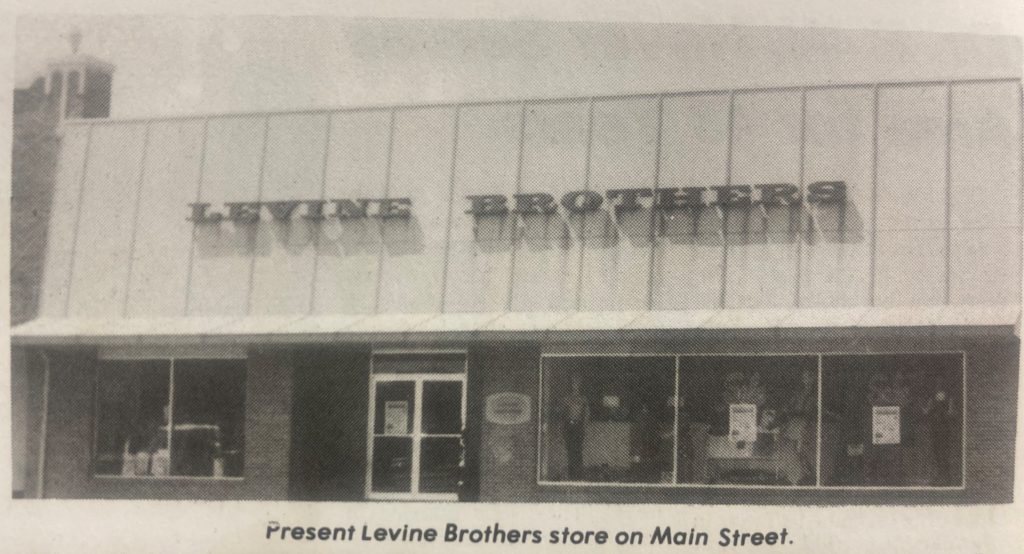 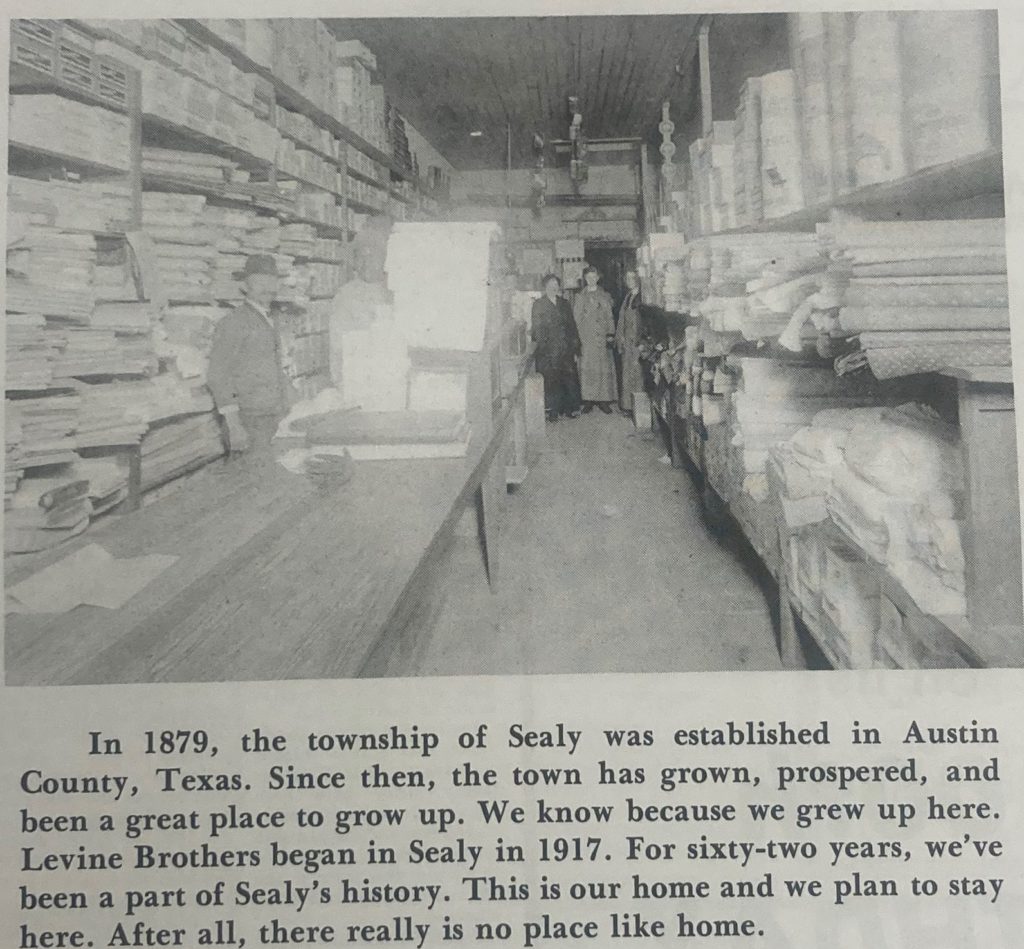 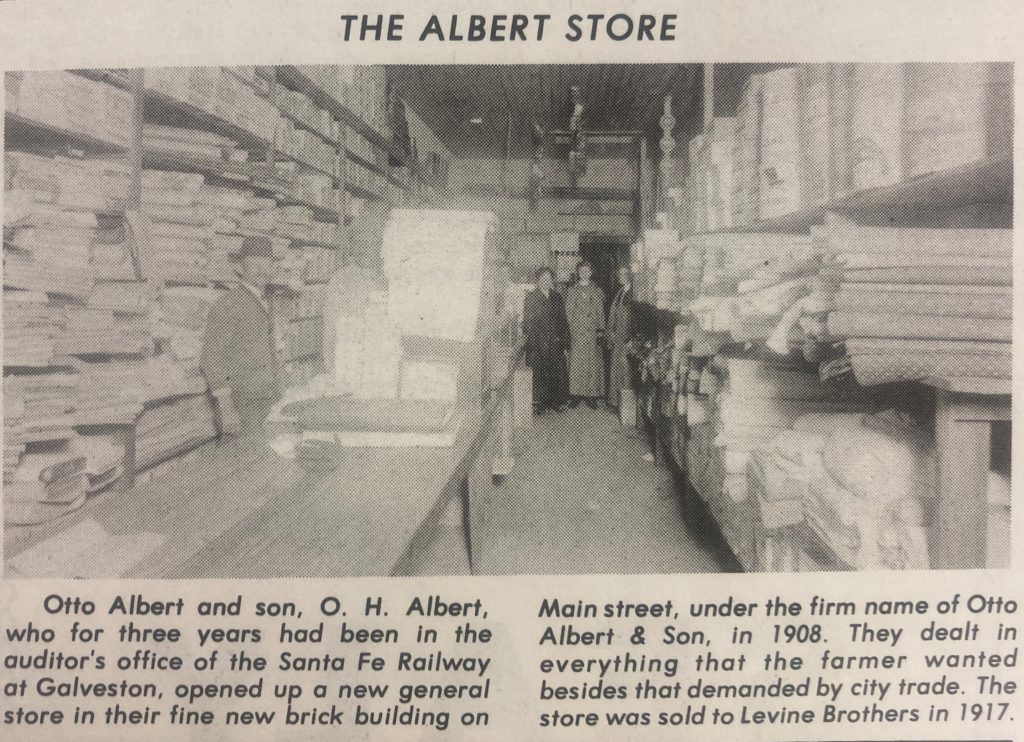 A huge thank you to The Sealy News and Sealy Area Historic Society for keeping our History alive and keeping great detailed records of our buildings downtown in the Historic District.